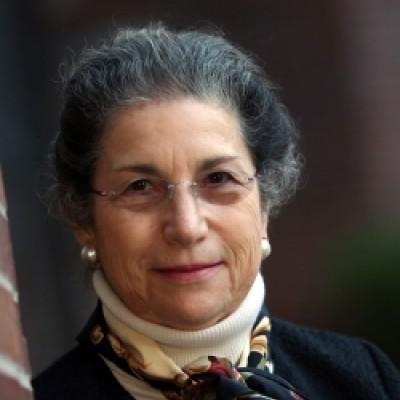 Patricia Ganz is Professor of Health Policy and Management, in the Fielding School of Public Health, Professor of Medicine in the David Geffen School of Medicine at UCLA, and Director of the Center for Cancer Prevention & Control Research at the Jonsson Comprehensive Cancer Center. She teaches Evidence Based Medicine and Organizational Change.

Dr. Ganz received her M.D. from the University of California, Los Angeles, School of Medicine in 1973, and completed post-doctoral training in internal medicine and medical oncology at the UCLA Medical Center. She has been on the faculty of the School of Medicine since 1977, and joined the faculty of the School of Public Health in 1992. Since 1993 she has been the Director of Cancer Prevention and Control Research at the Jonsson Comprehensive Cancer Center.  In 1999 she was awarded an American Cancer Society Clinical Research Professorship for “Enhancing Patient Outcomes across the Cancer Control Continuum.”  Dr. Ganz was elected to the Institute of Medicine (IOM) in 2007.  She served on the National Cancer Institute Board of Scientific Advisors from 2002-2007 and on the American Society of Clinical Oncology (ASCO) Board of Directors from 2003-2006.  She received the American Cancer Society Medal of Honor in 2010.

Dr. Ganz is a pioneer in the assessment of quality of life in cancer patients, and has focused much of her clinical and research efforts in the areas of breast cancer and its prevention. At the Jonsson Comprehensive Cancer Center, she leads the scientific program focused on Patients and Survivors.  Her major areas of research include cancer survivorship and late effects of cancer treatment, cancer in the elderly, and quality of care for cancer patients. She currently co-chairs the Patient Centered Outcomes Research committee of the NRG cooperative group funded by the National Cancer Institute.

She was a founding member of the National Coalition for Cancer Survivorship (NCCS) in 1986, and has dedicated much of her research career to studying both the acute and late effects of cancer treatment in patients and survivors. She has served on two Institute of Medicine (IOM) consensus studies that have focused on the needs of cancer survivors—the 2005 report “From Cancer Patient to Cancer Survivor: Lost in Transition”(Hewitt, Greenfield et al. 2006) and the 2007 report “Cancer Care for the Whole Patient: Meeting Psychosocial Needs.”(Adler and Page 2007) She has played an active role in the dissemination of these report recommendations nationally and internationally.  In 2013, she chaired the IOM consensus study report entitled “Delivering High-Quality Cancer Care: Charting a Course for a System in Crisis,”(Levit, Balogh et al. 2013) that has had a major impact on health care policy related to cancer care delivery.  Her policy work related to quality of care has largely occurred as part of her membership in the IOM National Cancer Policy Forum since 2005 and as its Vice Chair since 2009, where she has played a critical leadership role in numerous workshops and meetings.  Her bibliography is extensive with more than 400 peer-reviewed publications, and four edited books on evidence-based cancer care, cancer survivorship and quality of care, and breast cancer outcomes.