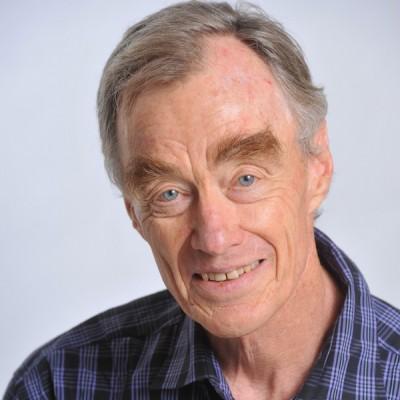 Roger Detels M.D., M.S., Distinguished Research Professor of Epidemiology and Infectious Diseases, began his research career at the U.S. Naval Medical Research Unit in Taipei, Taiwan in 1966.  In 1969 he joined the research staff of the National Institute of Communicable Diseases and Stroke. In 1971, he moved to the Department of Epidemiology, School of Public Health, University of California, Los Angeles, his current affiliation. During his tenure at UCLA, he served as Chair of Epidemiology (1971-1980, 2000-2005, and 2010-2013) and as Dean of the School of Public Health (1980-1985). In 2009, he received the UCLA Academic Senate Committee on Teaching “Distinguished Teaching Award”, and in 2012, the Academic Senate Faculty Research Lectureship Award.

Professor Detels served as president of the Society of Epidemiologic Research (1977-1978), as secretary-treasurer of the Association of Schools of Public Health (1983-1985), as treasurer of the International Epidemiologic Association (IEA) (1983-1990), and as president of the IEA from 1990-1993. He served on the Council of the National Institute of Environmental Health Sciences from 1990-1994, on the Board of Directors for the American College of Epidemiology from 1987-1989, and as chair of the Science Review Panel for the Environmental Protection Agency from 1982-1985. In 1993, he was elected as a fellow of the American Association for the Advancement of Science. In 2008, he was selected for the Abraham Lilienfeld Award for Excellence in Epidemiology by the American Collage of Epidemiology, and in 2011, was the Cruikshank Lecturer for the International Epidemiological Association.

Professor Detels has conducted research on air pollution, multiple sclerosis and other neurologic diseases, hypertension, and several infectious diseases, including trachoma, capillariasis and Japanese encephalitis. He began his research in HIV/AIDS in 1981 when he initiated a natural history study of AIDS in young homosexual men in Los Angeles.  In 1983 he became the principal investigator of the Los Angeles Center for the Multicenter AIDS Cohort Study (MACS), one of the largest natural history studies of HIV/AIDS in the world. He has published over 300 papers on the epidemiology, natural history, immunology, genetics and biology of HIV-1 infection in a total of 500 research papers. He was a co-editor of the 1st and 2nd editions of The Oxford Textbook of Public Health, the senior editor for the 3rd-6th editions, the last of which has been retitled The Oxford Textbook of Global Public Health and the senior editor of Public Health in East and Southeast Asia.

In 1988, Professor Detels initiated the UCLA/Fogarty International Training Program in Epidemiology Related to HIV/AIDS with funding from the Fogarty International Center. The program has trained over 100 health professionals at the masters and doctoral level at UCLA from Thailand, the Philippines, Indonesia, Singapore, Myanmar, India, China, Vietnam, Laos, Hungary, and Brazil who have become public health leaders in their respective countries.  He has assisted the governments of Thailand, Myanmar, the Philippines, and Indonesia in the development of their HIV/AIDS sentinel surveillance systems. He has received awards from the governments of Thailand, Cambodia and China for his contributions to training and research in their countries. Professor Detels continues to be very active in HIV/AIDS and public health research in both the United States and Asia.